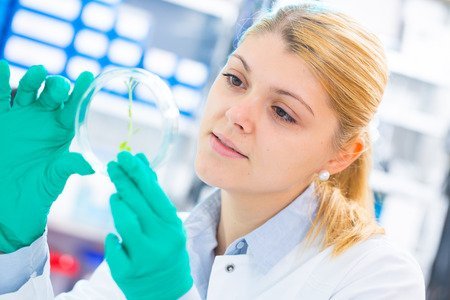 In March 2011 the University of California, Los Angeles (UCLA) opened a Centre for Laboratory Safety. The centre commissioned a study to ‘measure the effectiveness of safety policies and develop ways to improve scientists’ approach to safety’ ¹ in labs as a result of the horrific death of Sheharbano Sangji a research assistant at their own UCLA labs in 2008. Less than three weeks after the centre’s opening, the tragic death of Michele Dufault, a talented physics and astronomy major, occurred whilst working alone in a machine lab at Yale University in Connecticut.

The survey on safety was sent out to universities all over the world. There were roughly 2,400 scientists who responded, mostly from the United States and United Kingdom, with some from Europe, China and Japan.

Results showed that around 40% of junior scientists said that people worked alone in their lab every day, compared with just 26% of senior respondents, raising the possibility that supervisors are not always aware of the safety culture in their own group.²

The feedback found that, ‘about two-thirds of researchers said that people worked alone in their lab at least several times a week. And only 12% of younger scientists said that safety was “paramount, and takes precedence over all other lab priorities”, compared with 36% of senior scientists’.³

An article from April 2011 on Nature.com points out that it is easier for industry labs to have higher safety standards than academic labs, because of their approach to lone working,

‘surveys by the American Chemical Society last year suggest that 70.5% of faculty and 52.1% of graduate students often or occasionally work alone in laboratories, something that is forbidden in industry’.⁴

Some universities such as Harvard have policies that need to be followed when working alone in workshops,

‘The practice of working alone in a machine shop can, in many situations, present significant risks and should be avoided and/or prohibited, whenever possible. The practice should only be allowed after a careful risk-based determination by each school/department along with shop supervisors. Factors to consider include the experience of personnel accessing the shop to work alone, the type of work/operations to be performed and equipment utilized along with other shop specific circumstances.’⁵

Massachusetts Institute of Technology (MIT) have taken their Working Alone Policy one step further, identifying who is responsible for safety and what steps are required if people are to work alone,

‘The [risk] assessment will determine whether the risk of working alone is controllable under specific conditions established by the PI (Principal Investigator) or supervisor. If the risk cannot be minimized to a controllable level, as determined by the PI or supervisor, then the individual should perform the work only when others are present or a suitable alarm device is available that will summon help immediately. Devices that can be worn to sound an immediate alert to a central, continuously manned location (e.g., Police, Facilities) may be substituted for people in some situations. The use of a cell phone as an emergency contact device may also be adequate in certain situations.’⁶

Dorothy Zolandz, director of the US National Academies Board on Chemical Sciences and Technology stated in 2013 they were teaming up with behavioural scientists to develop practical guidance for researchers on how to establish a better safety culture. But when speaking about the UCLA survey, she asked  “How do you get people to buy into safety?” ⁷

The simplest way to follow the policy from MIT on using ‘Devices that can be worn to sound an immediate alert to a central, continuously manned location’ ⁸ is a simple and convenient lone worker Smartphone app. The purpose of a Lone Worker Solution is to ensure college students and staff go home safely at the end of each day. Solutions are simple systems that connect lone workers with a supervisor who monitors their well-being. The supervisor could be another member of the same faculty or staff in a continuously manned call centre.

Ok Alone’s lone worker solution has a wide range of features designed to make people working in isolation feel safer. The system has an automated countdown timer which reminds lone workers to make contact by checking in using either a smartphone app, sms or phone call. Workers are able to change the frequency of their check ins with the ‘high-risk’ feature. If a lone worker is carrying out an experiment or enters an area where they feel vulnerable, they can reduce the check in time to as little as 10 minutes. After the time has passed with no alerts, the check in frequency will revert to the original count down duration.

What features does Ok Alone have to protect staff and students?

One of the features, the Man Down (Worker Down) function, alerts those monitoring workers if there has been no movement from a worker within a set amount of time. This could help indicate if students or staff been involved in an accident in a workshop or lab or an assault whilst working off campus and require immediate assistance.

One aspect of the Ok Alone solution that does not exist within other lone worker solutions is their Safety Awards program. This program answers Dorothy Zolandz’s question on how to get people involved in safety.

How our Safety Awards engage your lone workers

The Safety Awards offer an engaging way to help students and staff stay safe, while using the lone worker system. It allows users to log their own safe practises and compete with colleagues and companies across the world. The program recognises Ok Alone feature usage or when a worker completes a safe shift and rewards them with badges, points and rankings.

Each month users are ranked individually, in teams, by institution or country against the rest of the global community using the OK Alone lone worker system.

Faculties that recognise, encourage and celebrate those who have shown a positive attitude towards safety, will increase the likelihood of those positive attitudes and beliefs becoming shared values across the board.