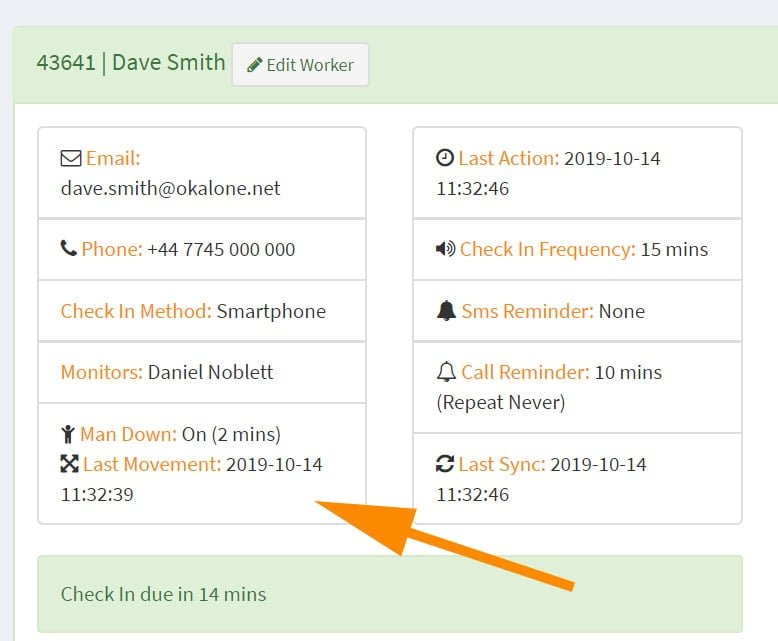 Ok Alone is now a Man Down app after feedback from our customers. Our customers wanted an extra feature that monitored a worker’s movement, to be used along side our time-based check-in system

What is Man Down?

Man down (worker down) apps are calibrated to detect movement or a lack of movement. Using a worker’s own phone (iPhone or Android) the Man Down feature can be set to a period of time (1 minute- 1 hour) by the worker and if there has been no movement within that time frame an alarm sounds. This alarm allows the worker to check in and verify they are fine. If the worker does not respond to the alarm, then an alert is sent to their supervisor saying there has been no movement.

How do I manage Man Down for my Workers?

The man down app feature is turned on and off by workers in their iPhone or Android app. Separate posts explain how this works:

If a worker turns on Man Down on Android or iPhone – they select a time in which they must move, this is usually between 5 minutes and 30 minutes. Their choice will appear on the dashboard in their worker information.

If a worker does not move within the selected time, they will receive a man down alert on their phone. Their worker information on the dashboard will also turn red.

The worker will be prompted multiple times by the app to check in – if they do not however, the system will start counting down to a monitor alert. Once the grace period or monitor alert delay has expired an alert will be sent out to all monitors and the live monitoring call centre is activated for the account.

Once the man down alert is sent out the process is the same as for missed check ins. The worker should be contacted and the escalation procedure should be followed to resolve the issue and make sure the worker is safe.