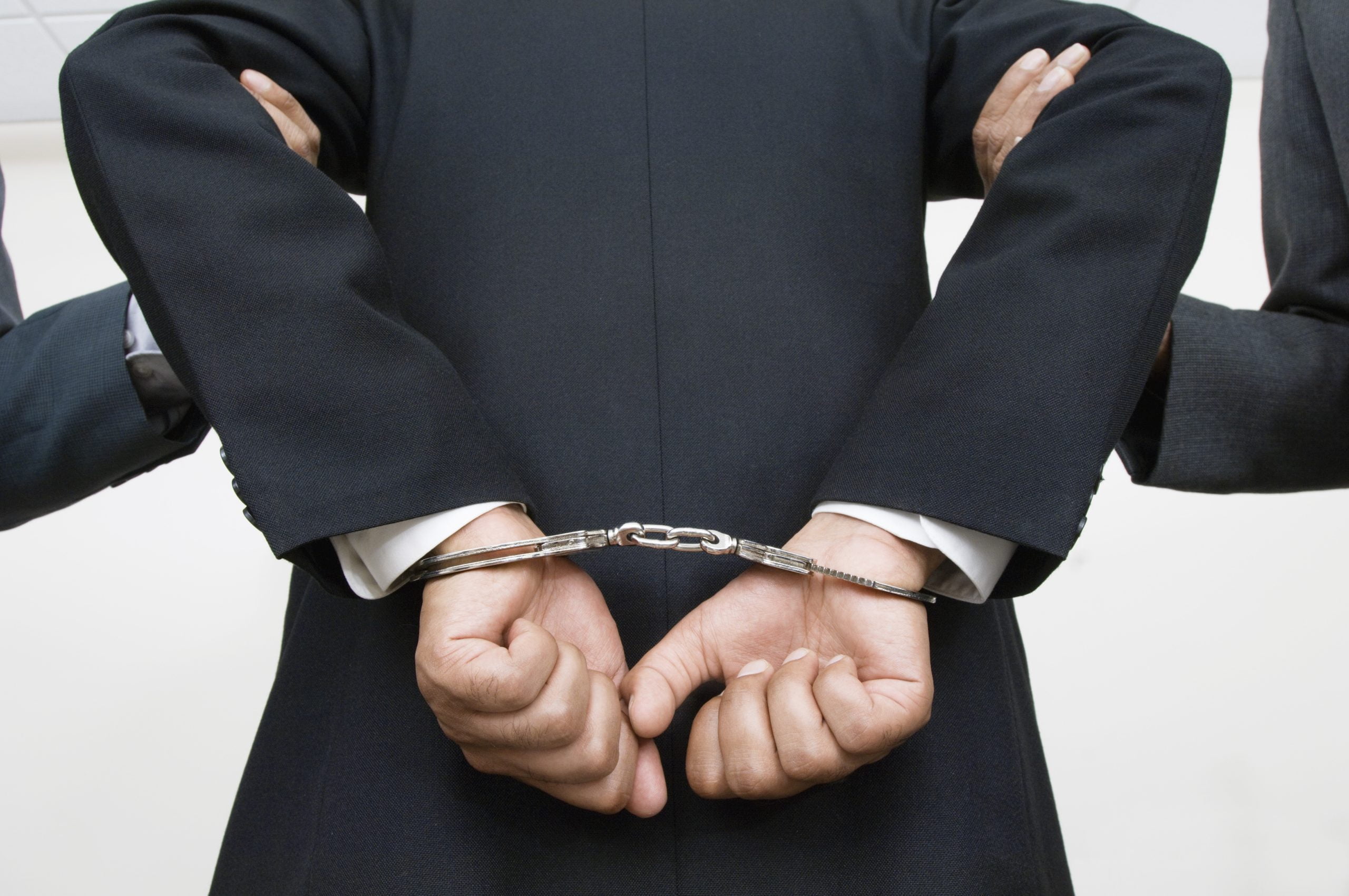 What are an Employer’s Responsibilities?

As an employer there is a duty of care towards all employees and a responsibility to ensure staff have adequate training and equipment to minimise risks at work. Company directors must provide a safe working environment, including any necessary protective equipment, and a safe workplace. If an employee suffers an injury at work, the employer must take reasonable steps to investigate what happened and take any necessary action to prevent similar injuries happening again. If an employee is killed in an incident at work, it is the employers responsibility to allow an investigation to occur and if they are found guilty of negligence, to accept the consequences.

The consequences vary in different countries. However, one thing that is changing on a wider scale worldwide is owners, directors, managers and supervisors are being found culpable of these deaths and punished accordingly.

What is Employer Culpability?

Below are cases from across the world where employers have been found guilty of an employee’s death and either fined, imprisoned or both.

2016 – The company Banff Constructors was fined $500,000 after their employee, Eric Ndayishimiye, was killed while working during construction of the Jim Pattison Children’s Hospital. The company was ordered to pay two $250,000 fines for a pair of infractions under the Occupational Health and Safety Act. ⁶

2017 –  Saskatchewan company B L S Asphalt Inc. was fined a total of $350,000 after a worker at their facility died as a result of becoming entangled while clearing the chute of the conveyor system. The company was found guilty of two violations under The Occupational Health and Safety Regulations, 1996. ⁷

2019 –  R.M. Belanger Limited, a Chelmsford construction company, was fined $175,000 following a guilty plea after a worker was killed when a bridge that was being jacked into place collapsed.  On February 26, 2021, the company was convicted again under the same violation of the OHSA and fined $210,000 when a worker was struck and killed by a wooden telephone pole while it was being loaded with a forklift onto a trailer. ⁸

2019 – 2168587 Ontario Ltd., operating as Upper Crust, was fined a total of $700,000 after two of its workers died in separate incidents in 2018 and 2019. The employer was fined $325,000 for the first incident that took place, when a temporary help agency employee was working as a general production worker on the bread assembly line at the company’s Canarctic Drive location. Upper Crust was fined a further $375,000 for an incident that took place in 2019 at its Marmora Street location, also in Ontario. ⁹

2021 – British Columbia company Peter’s Bros. Construction Ltd. was fined $77,630.87 following a fatal injury to a worker at the job site. A subcontractor’s worker was rigging concrete sewer components for an excavator to unload from a flatbed tractor-trailer. During a lift, the load shifted, and part of the load fell, killing the worker. ¹⁰

2019 – Dana Container Inc. were sentenced to pay a fine of $325,000 and to serve a two-year term of probation for wilfully committing an OSHA violation that resulted in the death of a 29 -year-old man. ¹²

2008 – The construction company Birse Metro Ltd. was ordered to pay £210,000 in fines and costs after an employee died from injuries he sustained in an explosion. Ioan Boboc died as a result of inflicting damage to an 11,000-volt live cable. His employer had not informed workers that there were live cables in the area being excavated or put adequate measures in place to prevent the workers from coming into contact with the power cable. ¹³

2008 – Mr K Joyce fell to his death whilst working on site in a cherry picker. The incident was an accumulation of a number of failures. Mr Taylor, the Director of the contracting firm NEMOC,  was fined £30,000 plus £50,000 costs by virtue of Section 37 of the Health And Safety At Work Act 1974. Mr Turnbull, trading as A&H Site Line Boring and Machining, pleaded guilty of breaches to the same act. His breaches however were so severe that he was found guilty of the criminal offence of gross negligence manslaughter and sentenced to 3 years in prison. ¹⁴

2018 – Mr Terrence McCloud fell through an opening on the first floor where a staircase was to be built. Mr McCloud later died as a result of his injuries. Nickell and Richmond Limited was prosecuted following a case brought by HSENI, and fined £40,000. The Bangor based company pleaded guilty at Belfast Crown Court to a total of four health and safety offences which resulted in the death of a worker. ¹⁵

2018 – Two companies were fined nearly £900,000 over the death of security worker Ronnie Alexander. Due to heavy snow in the area two generators failed leaving Mr Alexander without heat, light, electricity or any back-up supply of power. Mr Alexander’s cause of death was confirmed as hypothermia. Northstone (NI) Ltd was fined £768,000 – reduced from £1.2m due to an early plea at Ayr Sheriff Court. Corporate Services Management was ordered to pay £100,800, which was reduced from £180,000. ¹⁶

2020 – TLW (UK) Ltd.’s director Han Rao was found guilty of the manslaughter of Marian Iancu by gross negligence and breaching the Health and Safety at Work Act, after Mr Iancu was crushed on site. Mr Rao was sentenced to four years in prison. ¹⁷

2021 – Colin Wendel Developments Ltd was fined €40,000 following a guilty plea to a charge under the Safety, Health & Welfare at Work Act 2005. The Managing Director of the company, Colin Wendel, also pleaded guilty to a similar charge and was fined €5,000. Mr Wendel was ordered to pay €20,000 compensation to the widow of Andrezej Buraczewski, employed by OCC Building Services, who died when he fell from a roof level scaffold to the ground. ¹⁸

2017 – Gran Designs was fined $175,000 after pleading guilty to five charges of failing to provide a safe workplace and a number of safety breaches after a 19-year-old man was crushed and killed by a concrete panel. ¹⁹

2021 – One worker was killed and another left seriously injured after falling off a roof they were installing. The director of MT Sheds was sentenced to two years and two months in prison. He has to serve the first eight months immediately – the remaining sentence is suspended for 12 months. His company was fined $605,000 for safety breaches and the director has also been instructed to pay a personal fine of $2,350 for operating a crane without a licence. ²⁰

2015 – Dredging NZ was fined $79,500 and ordered to pay $42,000 in reparations following the death of Peter Bateman at the West Park Marina in Auckland in November 2013. The barge was being skippered by Brent Darrach who was fined $10,000 and ordered to pay reparations of $18,000 after pleading guilty to a charge of failing to take all practicable measures to make sure no one else was harmed due to his actions while at work. ²¹

2016 – G J Sole Ltd pleaded guilty to one charge under the Health and Safety in Employment Act of failing to ensure workers were not exposed to hazards arising from logging cartage work. G J Sole Ltd was fined $39,375 in addition to the reparations of $97,655.45 to the widow of the forestry dump truck driver who was killed. ²²

2017 – Callister Electrical and Refrigeration, was ordered to pay nearly $140,000 – $95,000 in reparations and a $43,000 fine, after an electrician died while repairing a refrigeration unit at Henergy egg farm. The company pleaded guilty to failing to take practicable steps to ensure the safety of their employee. ²³

2018 – Steffan Stewart was killed after becoming caught in fish processing machinery while working at sea. Sanford was fined $375,000 and ordered to pay $121,860 reparations to family and $35,000 costs by the Timaru District Court. ²⁴

2019 – CentrePort Limited was sentenced and fined $506,048 at the Wellington District Court following an incident at the company’s container assessment and repair facility. A worker died as a result of a fall from a ladder he was using to access the roof and undertake repairs on a 2.9 metre high container. ²⁵

2019 – Senior Field Supervisor for EnerMech, Muhammed Noredzuan Othman, was charged with committing a negligent act after Pipe fitter and welder Chin Chee Cheng died from suffering injuries to his head and waist at work. Mr Othman was sentenced to four months in prison. The company that engaged Mr Chin for the repair works,  Generco Engineering, had also previously been charged under the Workplace Safety and Health Act and fined $180,000. ²⁶

The Changing Legislations and how that affects Companies

Many countries, provinces and states are introducing Acts and laws that hold companies accountable for employee deaths. Corporate manslaughter, criminal negligence manslaughter, gross negligence manslaughter, corporate homicide are all charges that can now be brought against employers when an employee dies at work. Companies need to make sure they are following guidance set out by governments and duty of care responsibilities to keep their workers safe. Cutting costs could end up costing a lot more in the long run – someone’s life, a massive fine and ultimately your freedom.