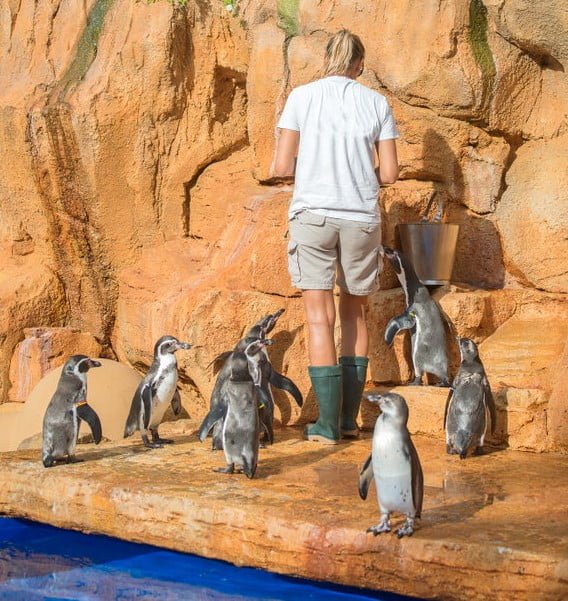 The main aim of safeguarding against danger is always to prevent it, not wait until something happens and then take action.

In every industry and in daily life people have to take standard precautions to keep themselves safe. However, you might need to factor in higher occupational risks depending on your job, especially if you are a lone worker. If you come into direct contact with animals (wild animals or domestic animals), you will be at a higher risk of injury than someone who works in an office.

One occupation that exposes its staff to higher levels of risk is zoo keeping. The risks can be managed and mitigated though by introducing appropriate safety systems, especially where zoo keepers are working alone.

In July 2010 Ohio zoo keeper Don RedFox suffered two punctured lungs, several fractured ribs and spent a month in the hospital after breaking zoo rules by going into the elephant enclosure alone. RedFox and the elephant apparently surprised each other when the keeper walked around a corner carrying a bag of carrots. Neither Louie (the elephant), nor Don should have been in the enclosure, as Toledo Zoo rules state there should always be two keepers present in an enclosure. ²

In February of 2013 Darren Cockrill entered an elephant enclosure on his own. Half an hour later he was found dead on the floor by another zoo keeper. The elephant Cockrill was alone with had blood on its trunk and as there was no CCTV footage, it is assumed La Petite, the elephant, killed him. ³

In September 2014 James Laurita was found dead in the corral of his elephant sanctuary, Hope Elephants, after being crushed by one of the two elephants kept there. The official cause of death was asphyxia and multiple fractures due to compression of the chest. As James was alone at the time, no one can know what happened in those last moments. ⁴

The Dangers of working alone in a Zoo

“Elephants are the most dangerous animal in the zoo for keepers”, said Dr. Keith Hinshaw, vice-president for animal health and the senior veterinarian at the Philadelphia Zoo, while speaking to David Helvarg at HealthDay. “He’s the number one offender. More animal handlers have been killed by elephants than any other animal. It’s true that an elephant never forgets,” he said. “And if they don’t like you, they’ll wait for months if necessary, until no one is around. Then they’ll do a headstand on you. Or hold you down and step on your head.” ⁵ This situation continues to occur as zoo keepers are not as vigilant with their own safety around elephants as they are with big cats or apes, and frequently enter enclosures alone.

In May 2013 zookeeper Sarah McClay was killed while working at the South Lakes Safari Zoo in Ulverston. One of the tigers managed to enter through a panel door from outside and gain access into a corridor Sarah was working in alone. ⁶

In September of 2013 Martin. H, an experienced 56-year-old keeper, was killed while laying out food in the outside area of the tiger compound in a Munster zoo. Whilst working alone Martin had not locked the inside enclosure door properly, which allowed the Siberian tiger, Rasputin, to attack him. ⁷

In May 2017 Rosa King died at Hamerton Zoo Park after having suffered traumatic injuries from an attack by a Malayan tiger named Cicip. Rosa had gone into the enclosure alone to clean its viewing windows before the zoo opened for the day at 10am. The alarm was raised half an hour later by a member of the public who saw Rosa through the window. There was no CCTV footage or witnesses to the attack. ⁸

In November 2017 Nadezhda Srivastava was savaged by 16-year-old male tiger Typhoon when she brought food into the enclosure. Nadezhda suffered lung damage, chest, abdominal and limb injuries described as “serious” but luckily survived after zoo visitors threw items to distract the tiger. Ms Srivastava was alone whilst trying to feed the tiger and clean the compound. ⁹

Even when the animals are not the major threat, keepers can be at risk from work-related injuries, much the same as an agricultural worker is. They interact directly with tools similar to a farm worker and encounter heavy lifting when it comes to bags of feed, manure or hay. They can also be at risk from slippery floors caused by rain or recently washed surfaces.

Not all lone worker injuries in zoos are related to animals

It is more run of the mill injuries that are most common at a zoo. Repetitive strain, slips and falls, back and other musculoskeletal injuries from lifting items and moving sedated animals or other heavy loads are most likely to injure workers. These injuries could also lead to a keeper being injured and alone within the zoo environment.

There is one other danger that can effect lone zoo keepers. On Easter Monday 2014 there was a shooting at the Smithsonian National Zoo in Woodley Park, Washington D.C. This was the second shooting and third attack on the zoo’s property since 2000. ¹⁰ As the instances of mass shootings escalate across the United States, it is vital that lone working zoo keepers have a way of accessing help in an emergency.

In response to a mauling in 2006, where veteran San Francisco Zoo zookeeper Lori Komejan had her right arm pulled through a grill and bitten by a tiger, San Francisco zoo spent more than $27,000 on a “code red” alert system with personal panic buttons for keepers working with the most dangerous animals.

After instances of keepers triggering the alarm by accident and some of the buttons suffering water damage, the zoo, without consulting the worker safety committee, decided to mount all the alarm buttons on the wall.

“If you are being mauled by a tiger, you can’t say, ‘Excuse me one second, I need to run over and press this button,'” Tim Jenkins said talking to abc7news. ¹¹ Under local legislation zoo keepers, particularly vulnerable employees or those working alone, need to carry a device that allows them to communicate with others in an emergency.

Angelina Lawson suffered neck injuries in an accident in 2018, at London Zoo, while removing droppings from a shelf under birds’ perches. Whilst cleaning the enclosures alone, the ladder Angelina was stood on collapsed beneath her. Ms Lawson had completed four aviaries using the ladder and was on the last one when the fall occurred. According to reports, the step ladder had been consigned to a skip because it was defective, but was accidentally brought back into use as it had not been labelled as faulty.

The overwhelmingly common factor in the above incidents is all the zoo keepers were alone when they were injured, whether they were meant to be or not. If people who work in higher risk occupations have to be alone for periods of time then it is imperative they have the correct equipment to keep them safe. As Tim Jenkins said above, you cannot politely ask the animal (or person) attacking you to pause while you walk to the nearest wall mounted alarm to call for help. So, what is the correct equipment? San Francisco zoo had it right when they issued their staff personal panic buttons, but technology has advanced since 2006 and there are better options available to keep lone workers safe.

A lone worker monitoring smartphone app allows companies to keep their staff safe without having to buy expensive additional safety equipment. Smartphone apps can be low cost and still offer a high quality system. An automated countdown timer, as required by some area’s work alone legislation and the duty of care, will remind an employee to check in at set intervals.

Many features are available to keep zoo employees safe

The system should have other features that complement the check in and add additional layers of security for the workers. Man (Worker) down to detect a lack of movement, high risk if undertaking a task they know will be more dangerous, a help button to summon help immediately and voice commands to get help when they can’t physically touch their phone.

The Man (Worker) down feature activates to send a help alert if there is a loss of consciousness or no movement from staff. This would be especially helpful if a zoo keeper was knocked down or pinned by an animal. The high risk check in allows a worker themselves to reduce the time between check ins to as little as ten minutes, giving the keeper control over their own safety. If the worker then doesn’t respond, an alert will be sent to their monitor prompting them to contact the worker immediately.

Having a help button, physically on their person, lets lone zoo keepers access support with the tap of a screen. The supervisor monitoring them will be given their exact GPS location and know where to send help. A unique feature of some apps is the ability to use their device completely hands-free with voice commands. Verbal short cuts can be programmed into Android or iPhone’s so keepers can contact their supervisors even when they can’t reach their phone.

Smartphone apps are linked to the cloud-based dashboard

Smartphone apps also work in conjunction with websites and link to cloud-based dashboards that can be used on a pc, laptop, tablet or any smartphone. The online dashboard will display a detailed map of the area with the zoo keepers last known GPS location (which updates every three seconds) if an alert is triggered.

Nothing is more important than ensuring staff go home safely at the end of each shift. It is ultimately the responsibility of employers to manage the safety of their workers and the environments they are working in. It is not practical to say that no one should ever be alone during their work day or that people cannot be lone workers, but these instances should be properly managed by equipping staff with a way to summon help in an emergency. The difference between working alone and working alone with a lone worker device, is literally life and death.