Lone Worker
Security and Why
it is Important​

The growing need for lone worker safety and security

One company reasrching lone worker security is Berg Insight,  the IoT analyst firm. They have been researching the subject of lone workers and the security solutions they use since 2015. In each report the number of lone workers, solutions available and the value of this market has steadily grown.

How were their lone worker security predictions?

Berg Insight’s report from August of this year shows how close their predictions were. Their findings show that the estimated user base of lone worker security solutions in Europe and North America had grown from 655,000 and was already 1.1 million at the end of 2020! The industry has grown so extensively that it is well on its way to the predicted total of 1.4 million by the end of 2022.

This year’s report has given new predictions for 2025. Berg Insight predict that for Europe and North America the market value for lone worker security solutions and services is anticipated to grow to € 190 million by the end of 2025 and that there could be as many as 1.8 million users. 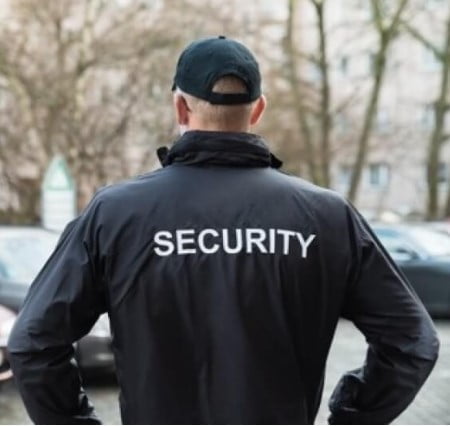 Why enhance your security for Lone Workers? 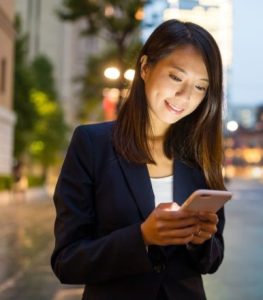 As a result of this, the UK market is the largest and most mature lone worker market in Europe and North America, followed by the Canadian market.

Who can benefit from security-based apps? 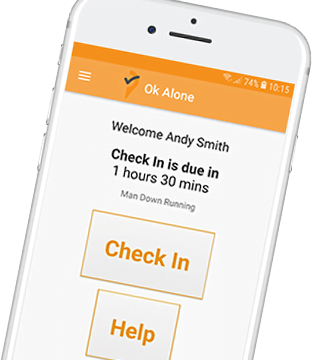 “Traditionally, lone workers exposed to the highest social or environmental risks have been found in industries such as security services, social care, field services and in heavy industries such as oil & gas and construction” says Martin Bäckman, IoT Analyst at Berg Insight. He adds that companies in other industries are now also starting to see the benefits of these services. “There is now an increasing demand for lone worker security services from workers in retail, financial services, education and more, which fuels market growth”, concludes Mr. Bäckman.

How can you enhance your security for Lone Workers?

The number of people working alone in hazardous and exposed environments keeps increasing. It is vital that companies who have lone workers implement a multi-faceted worker safety and security program consistent with their local duty of care standards. Workers who work alone or are in a remote location for periods of time need to have access to a panic button, or other methods of communication, especially if there is a risk of violence. Using a lone worker security system allows security officers, or whoever is monitoring staff, to have an exact location if the worker should need the emergency services.

As mentioned above, lone worker security devices are becoming more crucial to care workers, construction workers, field service workers, mobile workers, maintenance workers, social workers, as well as a wide variety of other services like taxi drivers and bus drivers who are at a higher level for potential risks. Such devices allow people working outside of normal business hours or in potentially dangerous situations, where there is limited supervision or no direct supervision, to have peace of mind. As the apps use timed check ins, there is regular contact with supervisors, and that can be a lifeline to workers. Especially if there is an accident or man-down situation where workers cannot contact supervisors directly.

Knowing a worker’s location in a dangerous situation is vital. Our location monitoring is transparent and protects the worker’s privacy whilst providing the protection they need incase of an emergency alarm.

Employee safety is at the heart of our solution. The app has to be easy for workers to use in any emergency situation, including hands-free options for alarms.

Easily manage your alarm activity and follow the required escalation procedure for any worker safety situation. Our communication options mean any dedicated monitor can be contacted in many different ways.

Our cloud safety monitoring system means no installation is required and you can manage your workforce safety compliance on any device in the office or on the move.

The free smartphone app allows workers to check-in or request help from anywhere in the world with the tap of a finger. Ok Alone’s simple, clean design makes it quick to deploy and easy to support.

Here at Ok Alone we feel we have a security solution which will be suitable for a wide range of companies with lone workers that need protecting. Protect your workforce with our top-rated lone worker solution, providing a personal safety app and a cloud-based dashboard.