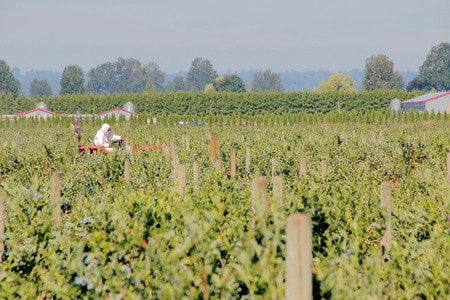 The 2019 statistics of workplace fatalities in Ireland show agriculture as the industry with the highest fatality rate followed by transportation and construction.

All three of these industries employ a lot of lone workers. Lone workers are particularly at risk in these occupations as they are working in dangerous environments without any direct support from people around them.

Agriculture particularly requires lone workers to go to remote locations, work in harsh environments or with live stock that puts them in danger. Death by cattle (including heifers and bulls) leads the statistics regarding fatal incidents of human-animal encounters in Ireland with 16% of agricultural fatalities.
(https://www.hsa.ie/eng/Your_Industry/Agriculture_Forestry/Further_Information/Fatal_Accidents/) over the last 10 years being caused by livestock.

Within the farming community the mentality of ‘just getting on with it’ or ‘it’ll be fine’ leads to a fatality rate in Ireland that is 10 times higher than other industries.

One in four road deaths in Ireland is work-related and analysis of accidents on the country’s roads from 2008 to 2011 found that truck drivers were involved in almost half of the 193 fatal accidents².

Driving is the most common form of lone working and can lead to drivers being on their own for hours or days on end. Were the employers of the truck drivers aware their employees had been involved in accidents? Did they know where their drivers were and whether or not they were safe?

Construction has seen a drop in fatalities over the last few years (9 in 2016, 6 in 2017) down to 5 for 2018. The increase in site safety is very encouraging. Lone working is not as common in construction as it is in agriculture or transportation, however there are still times workers are alone on site and if they are would someone know if they were in danger or injured?

What can be done?

Ok Alone is a lone worker safety solution that is simple and easy to use that can be downloaded onto a worker’s phone, whether they are a farm worker, construction worker or truck driver. The system has GPS that can be used to locate a worker if they miss a shift check in, activate a help alert or trigger a man down alert. Ok Alone can be used by workers to let people know where they are going and that they are all right.